The Richmond Youth Organizing Team, or RYOT, is a collective of young people leading together to create a safe, healthy and youth supportive Richmond. Located at the RYSE Center, RYOT members are the voices of their community. RYOT is the next leadership generation of Richmond. 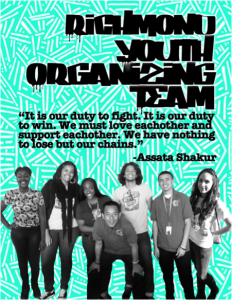 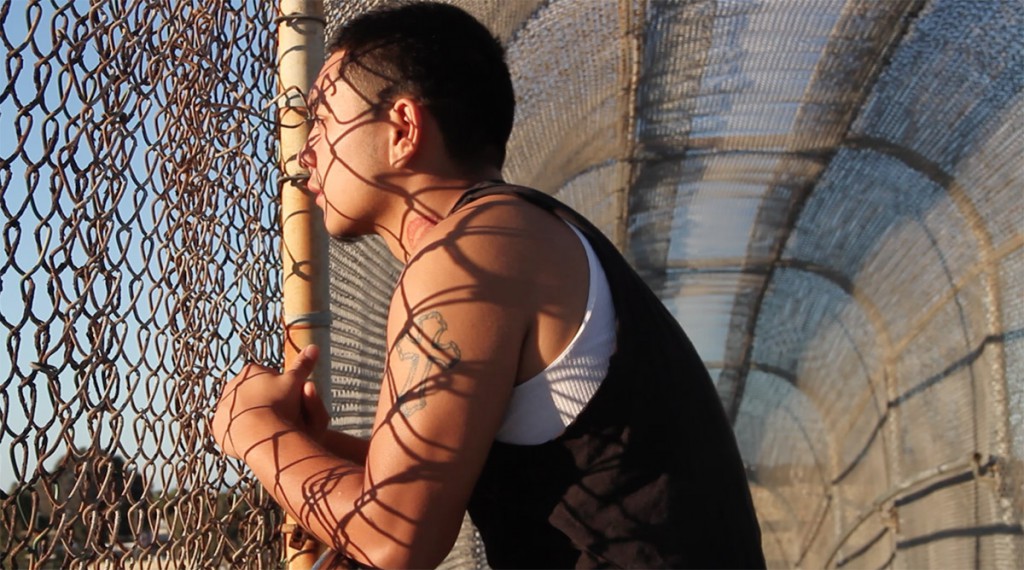 Cristian Remollo’s path towards the school-to-prison pipeline began in elementary with a suspension for a fight. Forty-nine suspensions and one expulsion later, at 14 years old, Cristian was sentenced to San Mateo County Juvenile Hall for second degree robbery.  He would be released two months later, on probation and with an ankle bracelet. However, Cristian’s contact with the juvenile justice system didn’t end there. From ages 14 to 16, Cristian would serve in juvenile hall on a total of three separate occasions. The reality is that Cristian’s experience of returning to juvenile hall is actually common in the United States. Cristian is one of 61,000 youth in the country who eat, sleep, and go to school in juvenile detention facilities. Read more here and view Cristian,19, a short documentary on court schools in juvenile justice system. 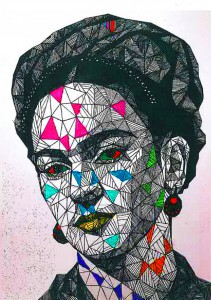 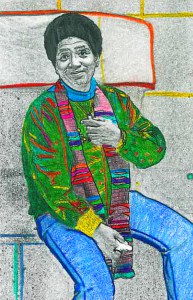 In December 2014, youth from Richmond stood in solidarity with Ferguson, #BlackLivesMatter and Against Police Brutality. The RYOT media team from the RYSE Youth Center in Richmond interviewed several youth for their perspective on the movement. This issue presents their work, the voices of the youth, and stands in solidarity for all Black Lives. View issue here. 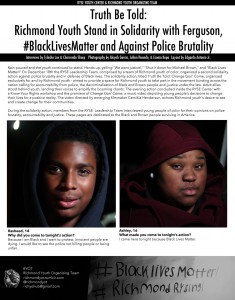 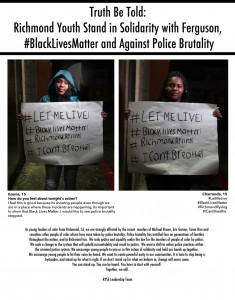 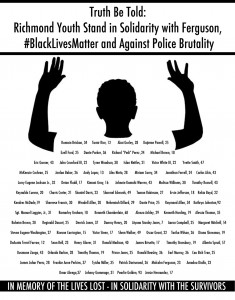 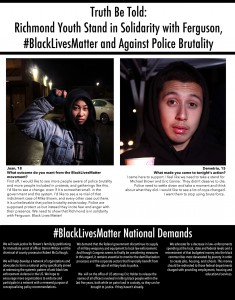 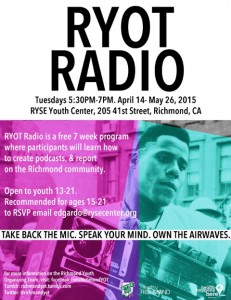 Richmond is full of stories, experiences and perspectives, and yet the city is underreported in local news. RYOT Radio gives young people in Richmond the tools necessary to report their own stories. Starting on April 14, for 7 weeks, young people will be trained in interviewing, they will record audio for their story and edit podcasts about Richmond and community. Spread the word on this amazing opportunity. 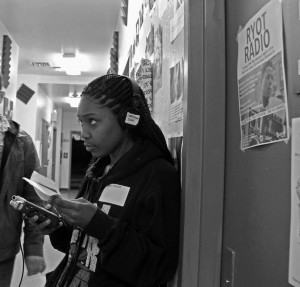 The RYSE Youth Center in Richmond, CA is home to a whirlwind of activity for youth including music, digital arts, writing, and activism. In this segment (and first installment of RYOT Radio!), the Richmond Youth Organizing Team collaborates to ask RYSE members “Why Do You Come to RYSE?” This segment was produced from conception to interviews, script writing and narration interviews by the team in less than one hour as part of a media challenge.

Listen to story here: Why Do You Come to RYSE? 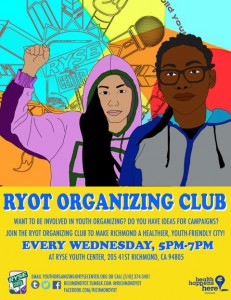 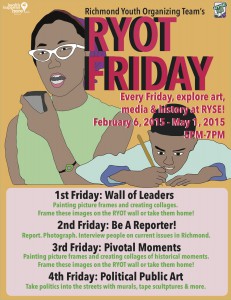 Two great programs from the Richmond Youth Organizing Team- Organizing Club and RYOT Fridays are open for youth 13-21. Whether you want to get involved in local campaigns or learn about social justice movements through art, join us! 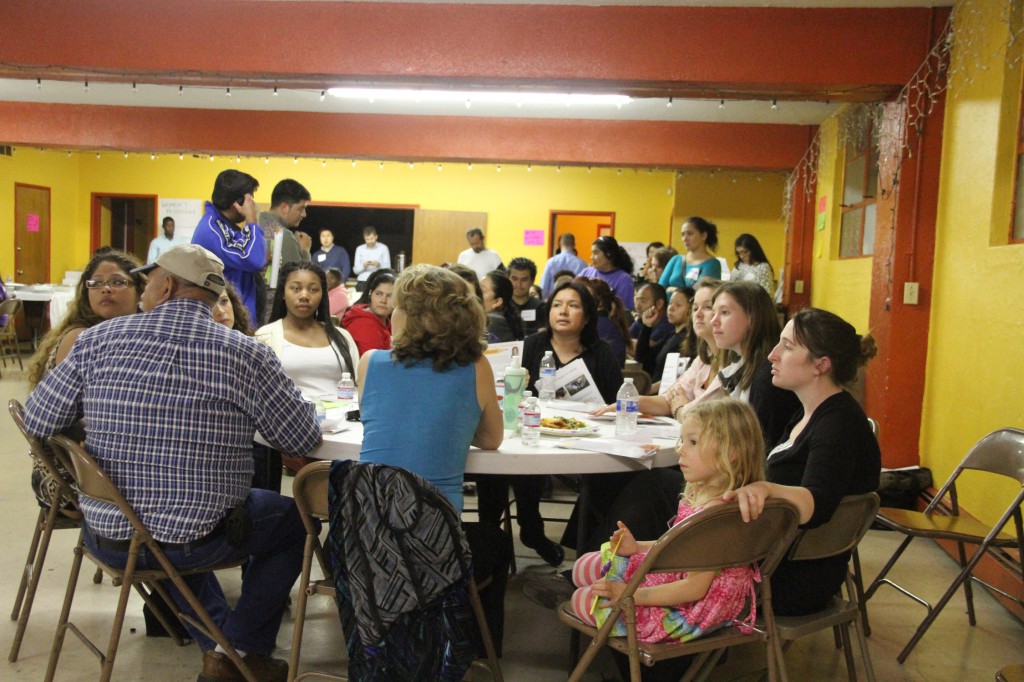 Students, parents, residents and other community partners came together to organize and host a Youth-Led Candidates’ Forum that took place at Living Hope Neighborhood Church in Richmond. The unique interactive format allowed face-to-face discussions and impromptu questions to the candidates. It was a great turnout. Thank you Youth Together, Healthy Richmond, CCISCO, YES, Ryse Center and The Latina Center for hosting a great event. Now go on and vote Nov 4! 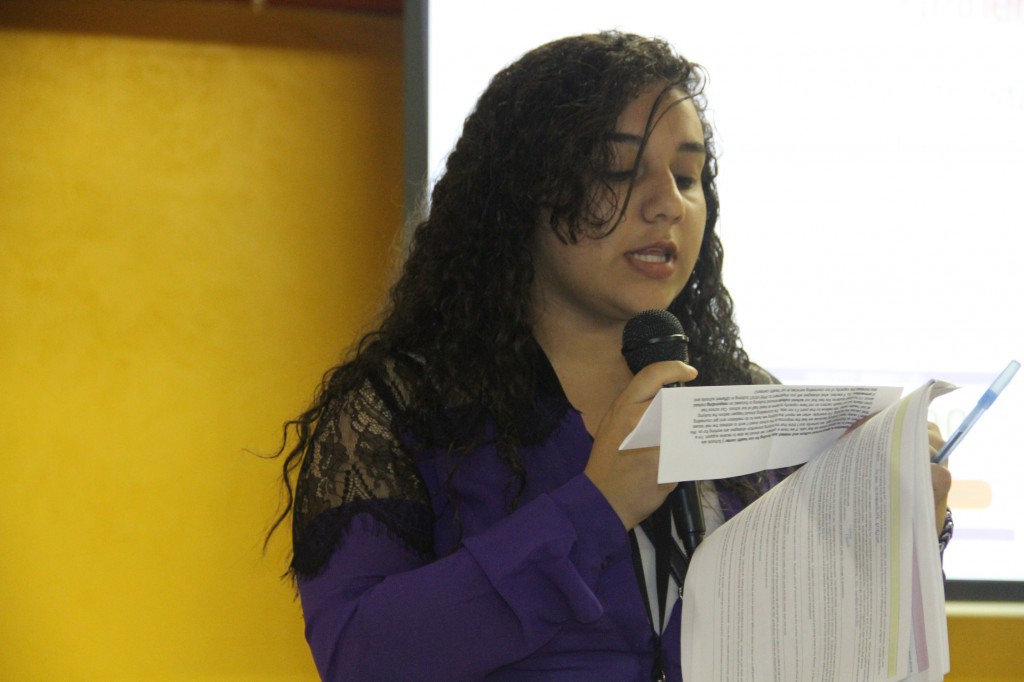 For more pictures, check out the RYOT tumblr, #RecognizeRealRichmond. Thank you to Youth Together, CCISCO, YES, The Latina Center, Healthy Richmond and all partners in attendance. 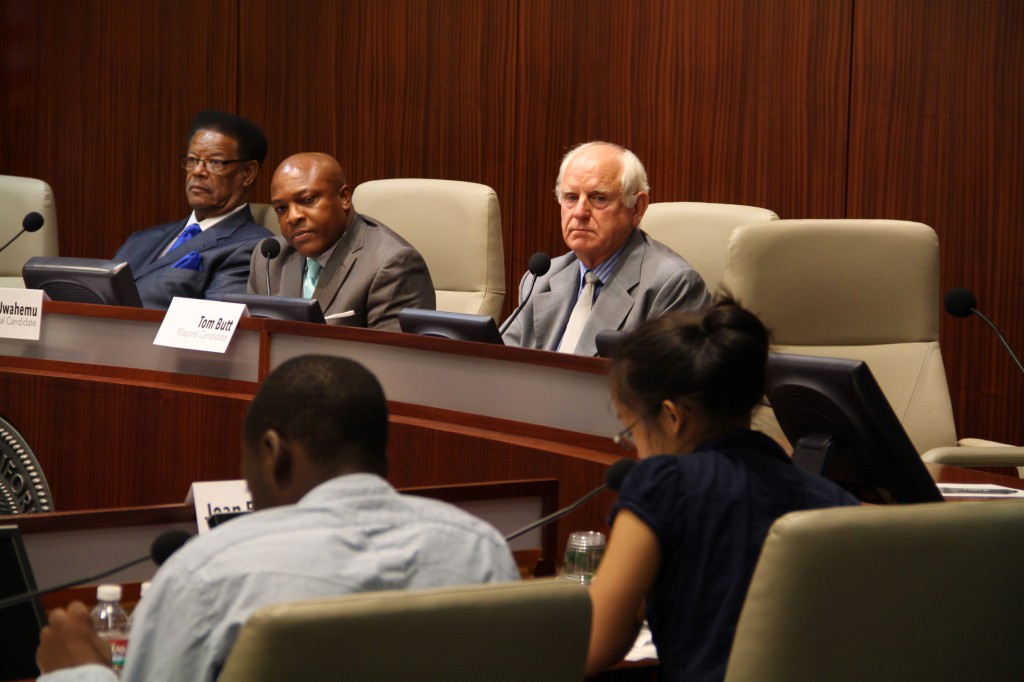 On October 4th the youth from the Richmond Youth Organizing Team, and the RYSE Center hosted and moderated the only youth moderated the candidates forum in Richmond. Close to 100 youth and adults attended the forum. Candidates answered questions from youth and youth in the audience. Questions included police department and community relations; support for undocumented Richmond residents; sustainability; and youth needs and services. The forum received media attention from Richmond Confidential and Univision 14. 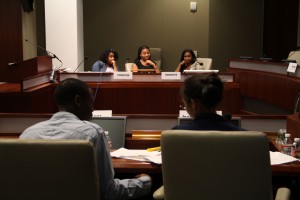 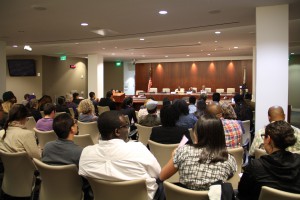 For pictures check out the RYOT tumblr, Richmond Youth Led Candidates Forum Photographs. Thank you to Healthy Richmond and all partners in attendance.

The Organizing Institute concluded its week-long training with a Richmond Social Justice Tour with community activist and historian Andres Soto. During the training, #RichOrgIns2014 youth participated in a media justice training, youth organizing history 101, systems of power and how to host a candidates forum. The Social Justice Tour taught every participant a piece of unknown Richmond’s history of activism. Thank you to our partners for getting the word out. We hope that the next Organizing Institute will be greater! 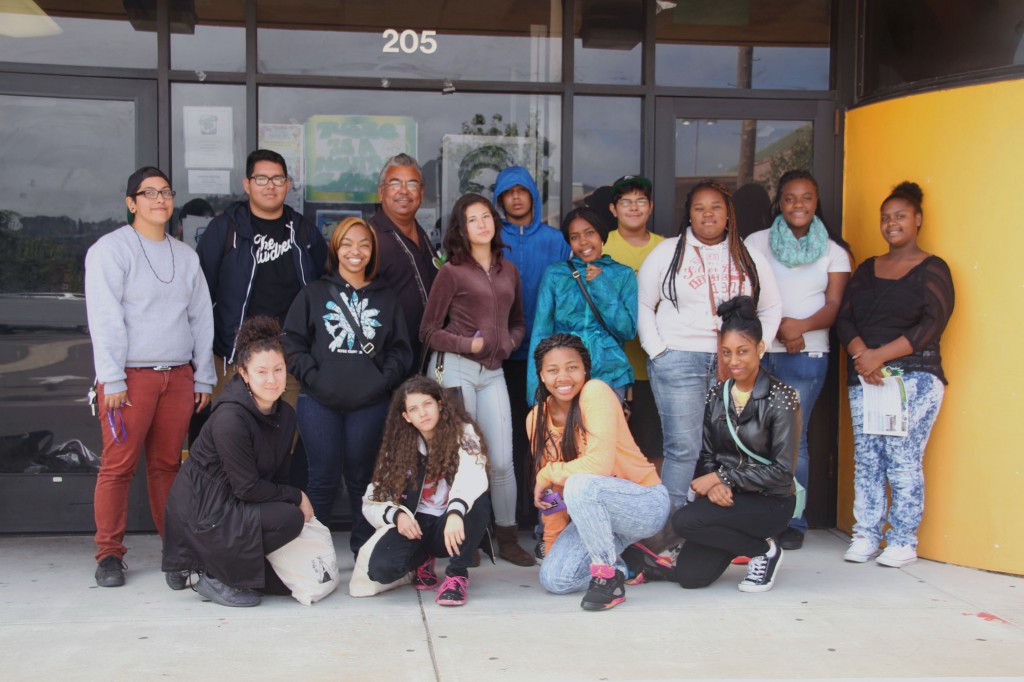 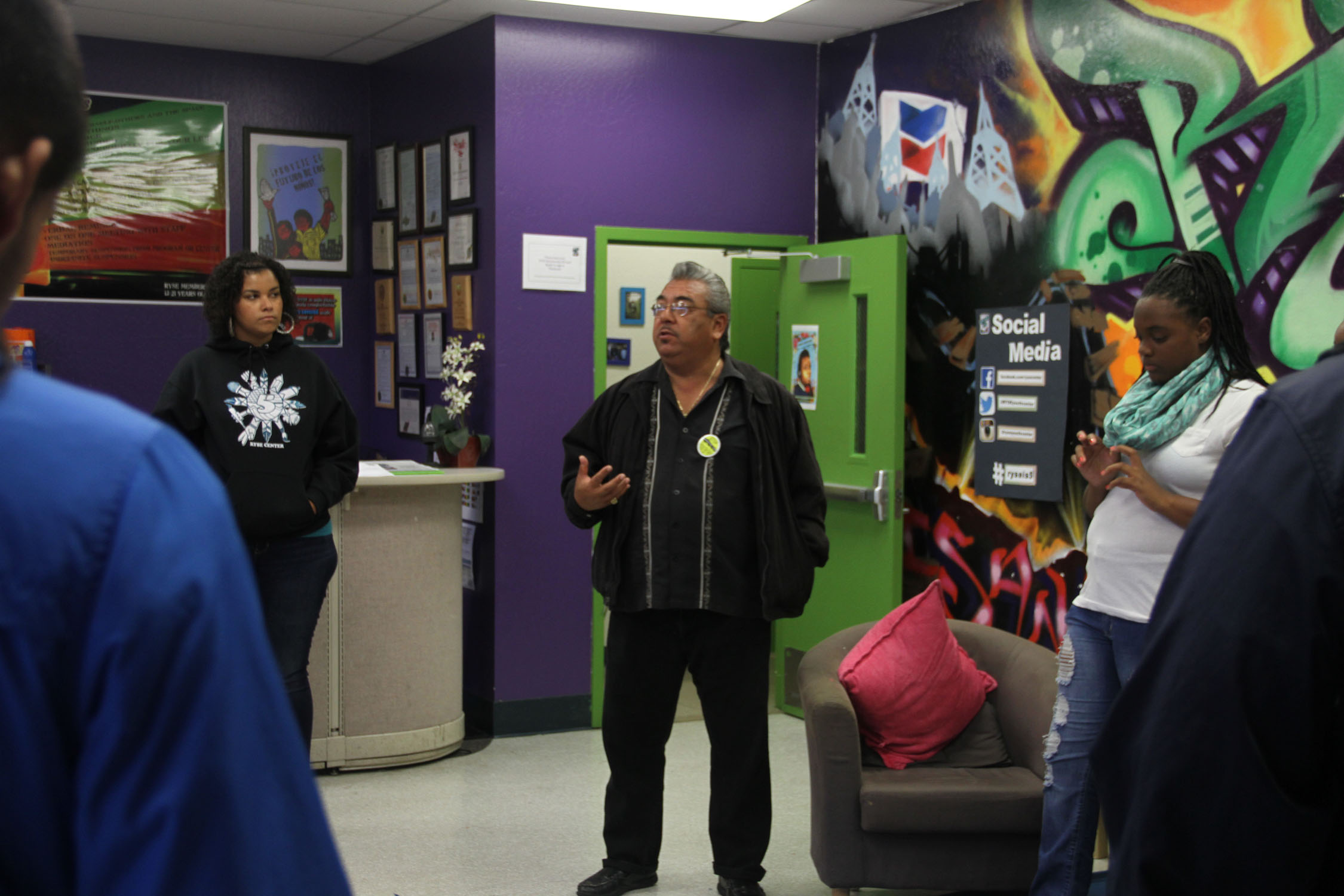 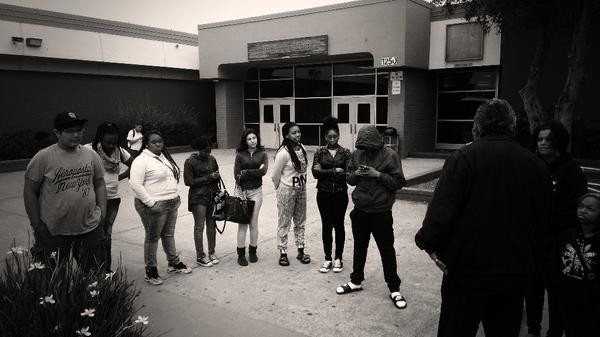 Tuesday, August 19, 2014: #SolutionsNotSuspensions Focus of “Sisters and Brothers” at the Capitol 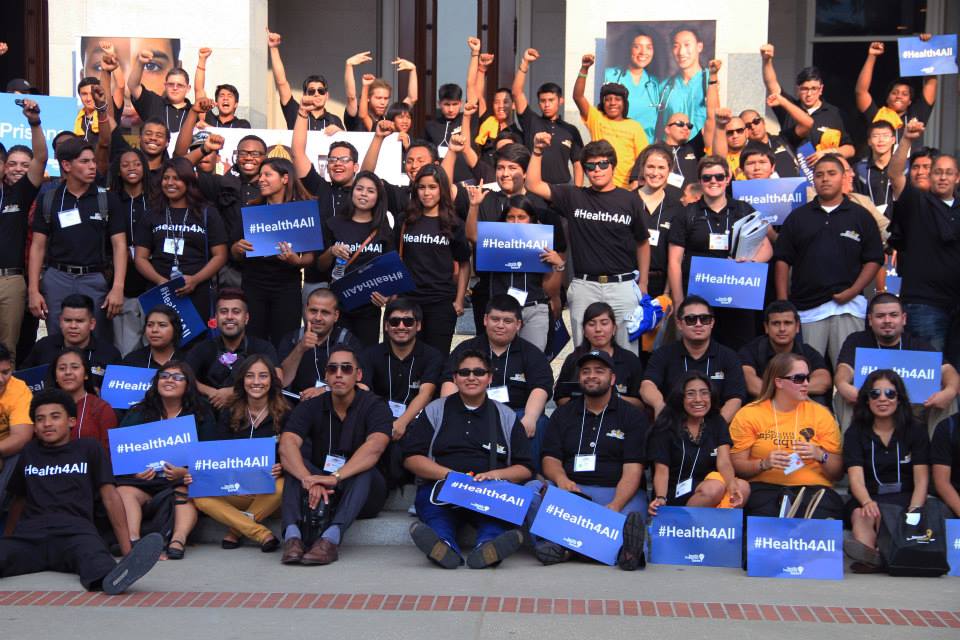 On the steps of the Capitol, over 200 youth stood under the stifling heat rallying for legislation to better serve young men of color in California.  Assembly member Victor Perez pumped the crowd for their activism and encouraged youth to continue their advocating for education justice. The rally was the culmination of a week long program hosted by the Alliance of Boys and Men of Color. The Alliance of Boys and Men of Color is a California wide coalition committed to increasing and improving opportunities of success for the young men. The Alliance includes youth, community organizations, funders and officials in areas such as education, public health and law enforcement. (continue reading here…)