The RYSE Youth Center in Richmond, CA is home to a whirlwind of activity for youth including music, digital arts, writing, and activism. In this segment (and first installment of RYOT Radio!), the Richmond Youth Organizing Team collaborates to ask RYSE members “Why Do You Come to RYSE?” This segment was produced from conception to interviews, script writing and narration interviews by the team in less than one hour as part of a media challenge. 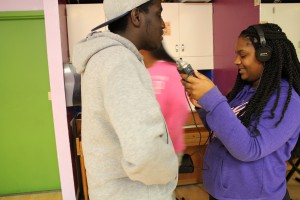 Close to 100 youth and adults attended the only youth moderated candidates forum in Richmond on October 4, 2014. Hosted by the RYSE Center, the Invest in Youth Coalition and the League of Women’s Voters, the forum was moderated by two members of the Richmond Youth Organizing Team. Candidates for short term, full term and mayor answered questions from the moderators and youth in the audience.

#SolutionsNot Suspensions Focus of “Sisters and Brothers” at the Capitol 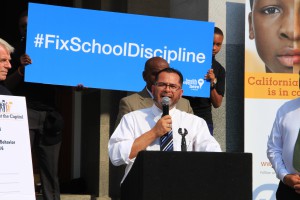 RYOT and RYSE’s Richmond Leadership Team traveled to Sacramento and participated at the “Sisters and Brothers at the Capitol” for Advocacy Week. Over 300 youth attended the Capitol to speak with legislatures on issues affecting their community. The school to prison pipeline was a special focus.

220 miles away in the small town of Portola near Plumas National Park, a group of young men from Richmond participated in the Sons and Brothers Summer Leadership Camp from July 20-26. The leadership camp focuses on empowering young men of color to be leaders in their community.

From the Beast to the Fridge: A Salvadoran’s Youth Journey to the U.S

“From the moment I woke up, I realized there was something unusual about the morning. The sun wasn’t out, the birds weren’t singing, and instead of the school bus my dad would be taking me to school. I soon realized why that bus hadn’t come: walking to school my dad and I passed two white sheets lying on the ground, both of them stained with blood.”

The new “RYSE Values Mural” sprawls like a woven tapestry of color on the wall facing MacDonald Avenue at 41stStreet. The mural unveiling event held late June celebrated the completion with RYSE staff, youth members, city and county officials & public in attendance. The RYSE Values Mural is a literal and graphic representation of the center’s values.

Just Because I Live in Richmond…